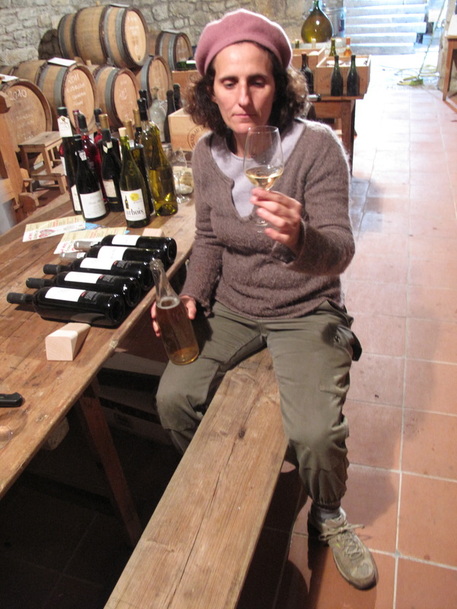 Catherine Hannoun’s is an interesting story.  She was a film producer who fell in love with the Jura during her work on the famous wine documentary, Mondovino.  After Mondovino, she returned to the region, eventually deciding to take up winemaking in Port Lesney to the north of Arbois, almost to the border with the Doubs départment. She named her domaine after the Loue River, which marks the northern boundary of the Jura départment.  Before beginning to buy and lease land, she worked with Emmanuel Houillon, who remains a close friend and influence.  The birth of her daughter in 2011 saw a hiatus in winemaking, but she’s building up her Domaine again, with vineyards in Pupillin and Marnoz. 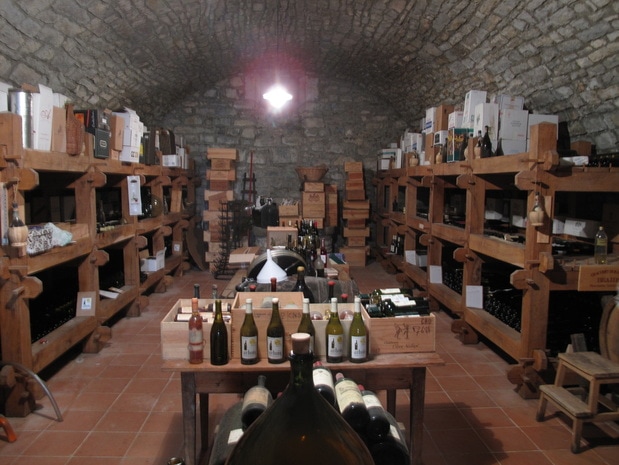 Catherine’s philosophy in the vines is summed up by her statement that vines require “elbow grease” (huile de coude) rather than chemicals.  She plows her 1.5 hectares with a horse and a donkey.  She’s certified in organic viticulture, and employs biodynamic methods as well.  Though Catherine let go of her plots in the Doubs as well as in Villette-lès-Arbois when she had her child, she has now supplemented her Pupillin holdings with Trousseau vines in Marnoz, part of the greater Salins-les-Bains area, known for its poor, limestone rich soils, and the high quality of its Trousseau.  In Pupillin, she farms a Savagnin vineyard called Sous Roche, planted in 2009, and converted to organics by Catherine in 2009. 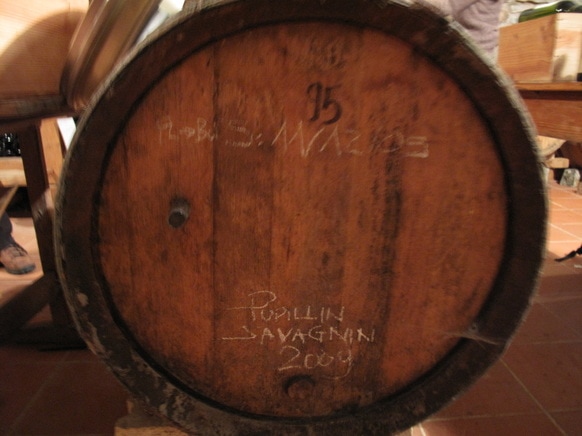 Like most of our favorite micro-producers in the Jura working with minimal sulfur, Catherine has a full range of modern winery equipment, which allows her to make clean, natural wine.  Her Pupillin Savagnin is fermented in cuve and then aged in barrel. Though she makes some releases sous voile, and her 2009 Vin Jaune is in progress, she also excels at ouillé style wines, and the recent releases of Pupillin Savagnin have been stunning.  For red wines, Catherine was making a red from Doubs Trousseau (outside appellation limits and labeled VdF) called Rouge de Colère (angry red).  She was never happy enough with this wine to offer it for export.  We are thrilled, however, to be on the verge of receiving our first shipment of Pinot Noir from Domaine La Loue.  She also makes Chardonnay from Pupillin, and is working on a skin-macerated blend of Chardonnay and Savagnin.