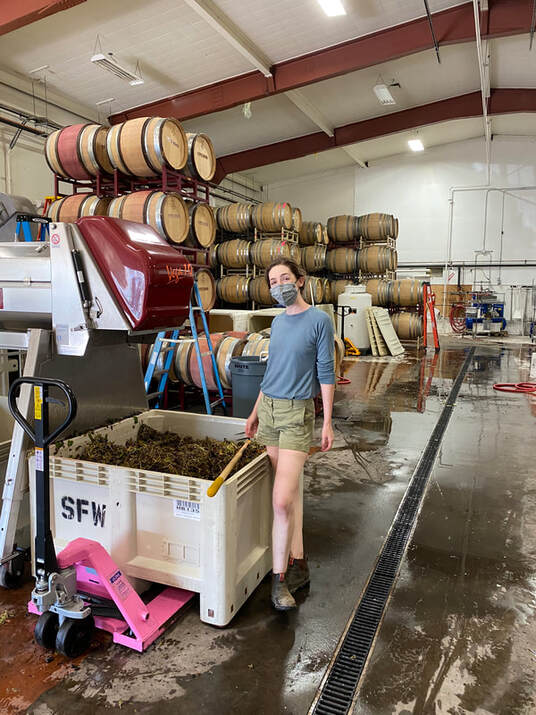 Viticultural Areas: Mendocino, Santa Cruz Mountains, West Sonoma County, Sierra Foothills, Contra Costa
Varieties: Zinfandel, Mourvèdre, Chardonnay
Viticulture: Organic
Terroir: Gravel, Sand, Granite, Loam, Clay
​The moment I fell in love with wine, I was 19 years old and living in Paris. My roommate was the son of a family friend, his father a fellow Socialist student organizer alongside my great-aunt in the 1960s in Paris. The wine was a white Burgundy raided from my boyfriend’s father’s cellar. My art history professor had given me the advice that the best way to learn French would be to find a French boyfriend, and so I started dating a boy I met in a bar my first week, whose family happened to own a large Champagne house and some vineyards in Burgundy.

Growing up in California, red table wine was a common fixture at dinner. It was utilitarian, mass-produced stuff and hardly inspired one to think about where exactly it had come from. It wasn’t until I took that first sip of white Burgundy that I got it: that wine could speak to a place. That it could inspire aesthetic reverence and wonderment.

I’ve always been one to wonder why things are the way that they are. Obsessed with mythology as a child, I started college studying microbiology, assisting in yeast genomics research that sought to understand alcohol excretion pathways in the cell. My philosophical musings about yeast were somewhat out of place though, and I found the art history department more willing to indulge my questions. Art history concerns itself with asking “why does it look the way it does,” and “what does it mean.”

Like art, wine is a human product, the result of social and cultural movements, but it is also a product of nature, shaped by the weather and geography, and yeast turning grapes into wine.

I worked my first vintage in 2014 at Unti in Dry Creek, Sonoma, before moving to Rhys in the Santa Cruz Mountains for the 2015 harvest. In 2016, I started pruning at Mount Eden Vineyards, also in the Santa Cruz Mountains, before heading off to France to work with Éric Texier in the Rhône Valley. From 2016 through 2020, while launching my winery back home in California, I worked for Farm Wine Imports where I had the absolute honor to learn from my winemaking idols in France, Spain, Italy, Germany, and here in California.

I seek to make wines that have something interesting to say, from vineyard sites in California that are unique, historic, or simply magical.
WINES