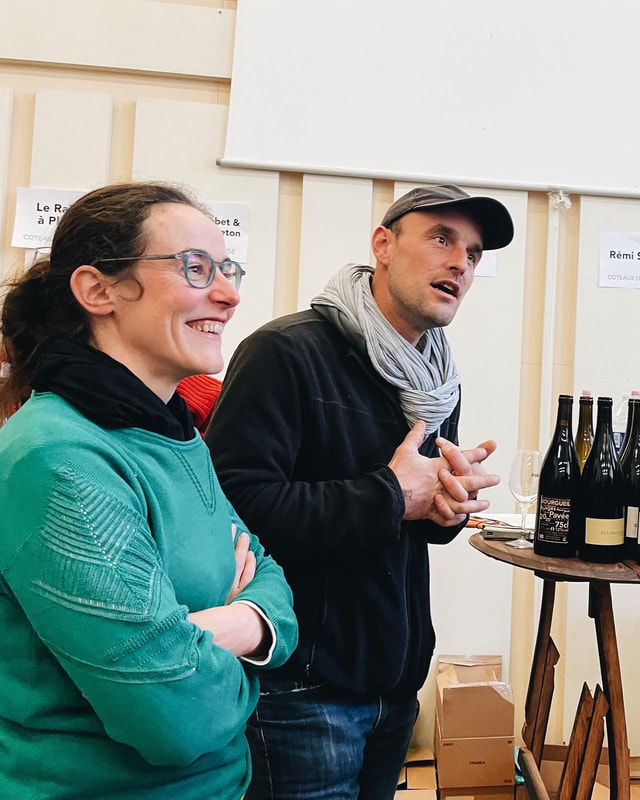 AOC: Saint Nicolas de Bourgueil
Varieties: Cabernet Franc, Chenin Blanc
Viticulture: Biologique certified (AB)
Size: 2.5 hectares
Production: Around 2000 cases a year
Terroir: Gravel, Sand, Clay
Angers native Pierre Borel is a man with a plan. After an Oenoviti diploma and stints in Muscadet and all around the Loire valley, notably at Domaine des Griottes - where he first learned about natural wine - and most recently at Domaine du Mortier, he picked a small but historical parcel of a very unique terroir within the village of Bourgueil to start his estate. The vineyards sit just a stones throw from the historic Benedictine Abbaye in the center of town.

Pierre has been making wine since 2006 with the old vines of the "Clos du Pavée" (a true clos), which is a two and a half hectare parcel planted in gravel soils, a big difference from the clay/limestone usually found around him. After a few years of working these old vines, he decided that he needed to uproot and replant the whole parcel to his liking and settled on planting two hectares of Cabernet Franc and half an hectare of Chenin. The vines are now six years old. Pierre works the vines alone, doing everything manually, and he wants to keep it that way. He is a firm believer in organic viticulture, certified by AB, and while he doesn't believe the AOC system is a mark of quality per se, he views working within the AOC a commitment to the winemaking traditions in the area.
​Pierre's style of wine is dictated by his terroir, which he believes is meant to produce more easygoing, fruit-forward wines. The grapes are harvested by hand quite late in the season for the AOC - often times he doesn't finish until well into October, a few weeks after his neighbors - as they seem to ripen more slowly in the cool, deep gravel soils. He picks in multiple passes over a few days to make sure the fruit is as close to perfect ripeness as possible and begins all vinifications without sulfur. There is no wood in the cellar as he doesn't think the young vines and the style of wine he is focused on would benefit from barrel aging, and he is a very thoughtful about SO2 additions. "Adding sulfur to a tank is a very traumatizing experience." he once said during a tasting.

His use of sulfur is usually once, a few weeks after racking so the effect is meaningful. "Using SO2 while you rack is nonsense to me; putting an antioxidant at this moment feels counterintuitive". 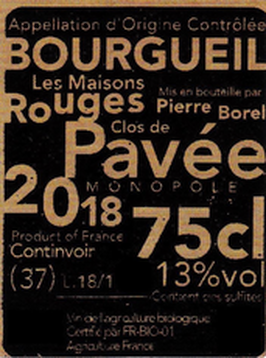 Clos de Pavée: The only wine currently released by Pierre. Cabernet Franc planted in gravel soils, fermented and aged entirely tank with just a touch of sulfur added after racking. The result is a fresh wine; ripe, almost Northern Rhone like in the texture, while true to its noble Loire Valley  roots.