When we asked him if he had plans to give up one of his two careers, he replied that he enjoys both equally, and has no wish to chose between the two, though most likely the day will come when he’ll have to, as he plans to expand his holdings by at least a hectare in the upcoming years. Ratapoil was established in 2009, and for ten years before that Raphaël worked on a small negociant project with Jean-Baptiste Menigoz of Domaine Les Bottes Rouges.
The majority of Raph Monnier’s red wines come from the area around Arbois: the excellent Corvées and En Paradis vineyards. He also has vines in Buffard, north of Arbois in the Doubs département.
​
His vines in the Doubs are over 60 years old, and planted to a variety of old indigenous grapes, 12 in total. From these vines he makes his self-titled wine called “Ratapoil,” a highlight in his lineup.
All the white wines come from Vadans, between Poligny and Arbois.

He has at least one foot solidly in the natural wine movement. His vineyards are certified organic, and he uses biodynamic methods as well. His red wines are de-stemmed, made with a shorter maceration time (10 days versus 3 weeks), and ferment under carbonic gas, giving them the easy, quaffable feel of vins de soif. His Poulsard is bright red in color and ethereally light, while his Trousseau and Pinot Noir are weightier but equally breezy and easy going. As mentioned above, Raph’s Ratapoil bottling is always a treat. At 40% Gamay and 60% ancient varieties, it’s expressive and delicate if a bit more rustic than Raphaël’s Poulsard and Trousseau. The reds are typically made with little if any added sulfur.

The majority of Ratapoil’s white wines are made topped up, showing a streak of ripe orchard fruit and honey, but also a firm mineral backbone and quite a bit of complexity. The wines come from old vines on poor marl and limestone soil; they’re raised in barrel and left to age at least two winters before bottling. Of particular note in the collection is Ratapoil’s Savagnin “L’Indocile,” which sees 36 months in barrel. 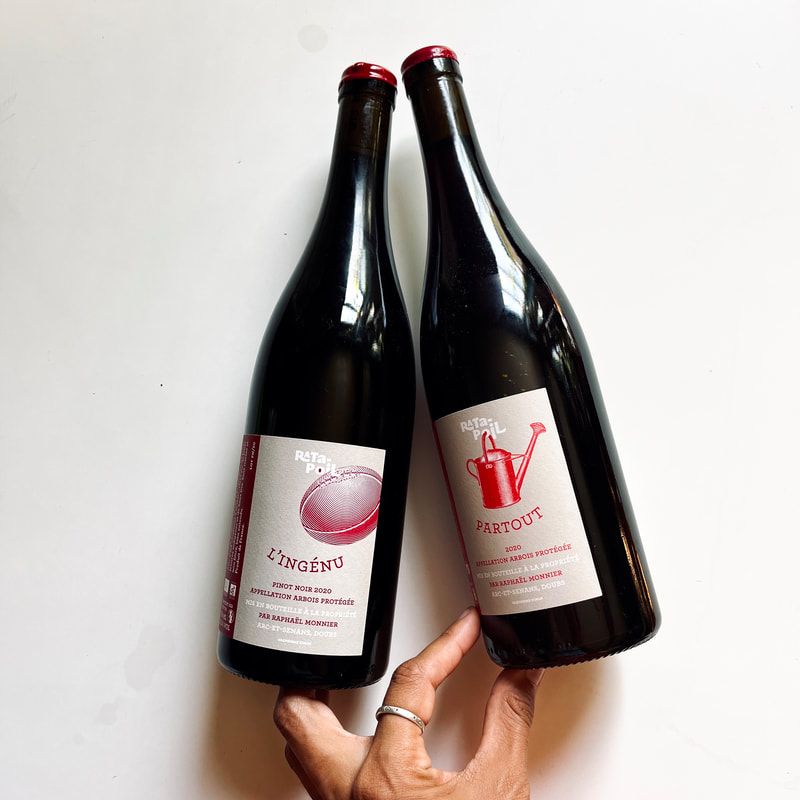