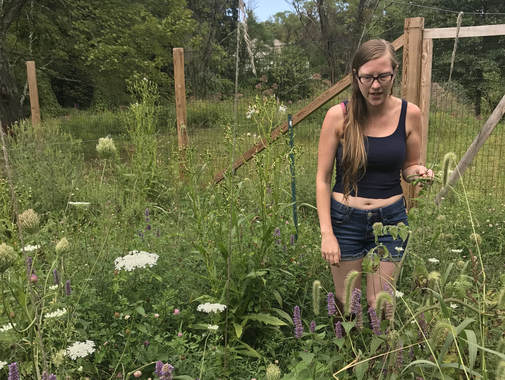 Uncouth Vermouth grew out of one woman’s fascination with the historical roots of this underappreciated aperitif, and a single-minded desire to create an authentic platform from which to celebrate that which is hyper-seasonal and hyper-local.

Vermouth is, simply, a fortified, aromatized wine. More often than not, we begin with a white wine base pillaged from our good friends at Red Hook Winery in Brooklyn, add in our own foraged mugwort (artemesia vulgaris, the true foundation of vermouth — not, as some would have it, wormwood), and a smattering of locally available plants, herbs, barks, roots, leaves, fruits and et cetera, harvested at the height of their deliciousness and captured in bottle to showcase the unique terroir of their origins.

Uncouth believes in transparency and commitment to sustainability. Your closest source isn’t always your best source, but if you’re willing to do your homework you can create a delicious, locally-sourced vermouth without a drop of sugar, no additives and/or preservatives. All ingredients are either foraged from untouched areas, or purchased from a farm that does not succumb to modification and is preferably non-profit. Farmers, not grocery stores. The middle of the woods, not Prospect Park.  My number one rule of thumb has always been, what grows together, goes together. This is a food, meant to be enjoyed in good conscience because this is what we are worth.

APPLE MINT Spring in a bottle, made almost entirely with weeds. Just roots, leaves and bark. Simple, fresh and green.

CHERRY Represents the transition from summer to fall. Cherries are macerated with their pits to extract a maximum of flavor, which is a very traditional method of making digestifs, amari, et cetera. A naturally red vermouth.

HOPS In late August, we trek out to Farm to Pint, a sustainable 1-acre hops farm on Long Island, and pick up the hops that go into this bottling on the same day they're harvested to ensure ultimate freshness.

PEAR GINGER Made in late autumn and early winter when the juniper and rosehips are fruiting, composed of a combination of farmed and foraged pears. Dry but rounded and fruity.

RHUBARB A mid-June baby. I wanted to make something that let rhubarb be its true unadorned self — tart and delicious.